Employers are more involved in people’s lives than ever before and the line between home life and professional life has blurred. Technology blurs this even further. Is there a risk that organisations can go too far? 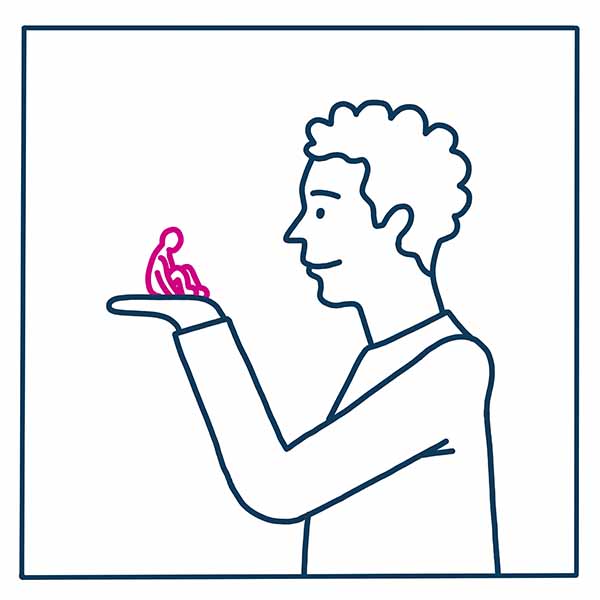 First things first. What actually is a ‘nanny employer?

The ‘nanny state’ is a government that restricts personal choice too much. A ‘nanny employer’ does the same thing on a smaller scale. In both cases, what counts as ‘too much’ will come down to your culture. We’re not trying to change your culture. We’re just throwing in our two cents.

In general, employees are actually providing more choice and freedom, such as wider job roles and greater autonomy to achieve goals, as well as home working and unlimited holiday time. This looks like more freedom, right. Having unlimited holiday means more holiday than 25 days, right?

Freedom through rules and boundaries

But this isn’t what people are doing. People are actually taking less time off. It’s hard to know exactly why but it could suggest a culture of presenteeism and doesn’t support a genuine work-life balance. Annual leave is important, being refreshed and really out of office is important!

Home working has a similar issue. You’ve got smartphones and laptops and email that can be read from home. The boundaries between home and work have broken down. This has given people more freedom to get their work done, but now we don’t know when to stop working. The lack of boundaries isn’t working anymore, it’s gone from encroaching to just taking up space.

By becoming less prescriptive, are we actually achieving the problem we set out to fix? The extreme example is the gig economy. Is it freedom to take control of your working life? Or is it exploitation?

Can employers go too far when it comes to privacy? Some organisations use personal fitness trackers to monitor people’s stress levels throughout the day. This data provides remarkable insight. People learn their stressors and change their habits. But what happens if this data was used to prioritise promotions based on who could ‘hack’ the job?

The same question has been asked of genetic data collection for decades. Genetic testing identifies those with a high risk of getting occupational illnesses, so precautions can be taken. This testing may help affected individuals make positive lifestyle choices. But at its worst, it could be used to discriminate, as some genetic traits are linked to ethnic background.

Organisations can now microchip their employees to automate a range of tasks, such as automating when people ‘clock in’ and ‘clock out.’ These could be used to track location too, which brings leisure time into the professional domain. What happens if how someone spends their free time conflicts with an organisation’s stated purpose?

New technologies will continue to push the boundaries between privacy and freedom. The greater the potential benefit we can achieve from technology, the more we need to be aware of the risks.

Are we able to protect against misuse, now and in the future?

Educating to inform, not to preach

Of course, not all employers are investing in genetic testing. But many are improving people’s knowledge: think about mental health or financial wellbeing.

Can you go too far with financial education?

Well, as with every area where you try to educate employees, the risk is preaching. Financial wellbeing to one person may mean something different to others. Everyone has different life circumstances. The end goal of financial education is for people to make informed choices, not to subscribe to a certain viewpoint.

Can we set some ground rules?

Everyone reading this will have a different opinion on what areas they think organisations should get involved in. Sometimes what is more or less acceptable is affected by industry or country. What is important is fresh debate to test what society thinks is ok.

But there are principles that should help you move forwards. Firstly, bringing knowledge to employees is never a bad thing, but you need to be careful that it’s neutral information that helps people make informed decisions. You need to work out what’s opinion and what’s information. Getting this wrong can isolate your people and affects inclusion.

Then people need the option to not get involved with new initiatives. And we have to make it ok for them to do so. If there’s stigma attached to opting out of, for example, tracking fitness levels to improve wellbeing, this crosses a line. People have different views on the privacy versus freedom debate. We should respect them.

Thirdly, measures to empower people – such as unlimited holiday – shouldn’t make it harder for people to be themselves. Don’t offer total freedom with flexible working if your culture values staying late rather than a good work-life balance. Be prescriptive where it counts. Rules aren’t bad when they allow people to make informed choices.

And finally, in a changing world, we need to remember this area is evolving. New technologies will challenge what is acceptable and what isn’t acceptable for organisations to get involved in. Leaders will have their own opinions too. If organisations are to be positive players in society, this debate must go on.

Focus on financial wellbeing to get the most bang for your wellbeing buck. And as with any wellbeing initiative, you have to focus. It’s all about stability and security first. Find out the how and the why.