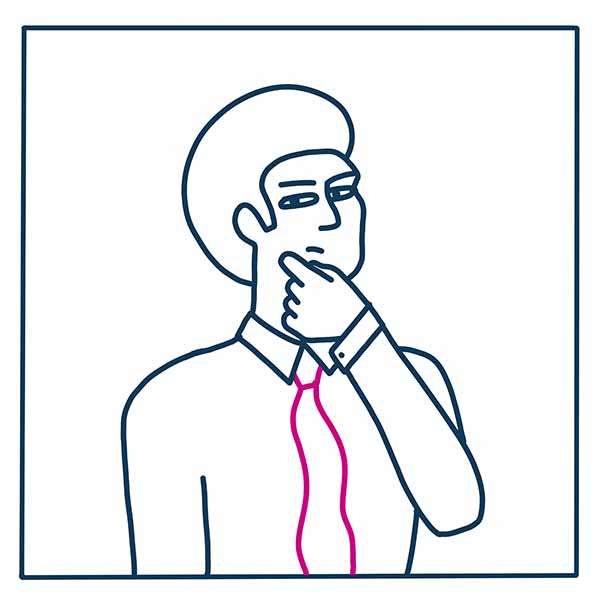 Scepticism: a critical skill or cynicism in disguise?

Scepticism is a key skill for people that sift through information at work. This is everyone. Emotions, data, emails, social media, sales statistics, phone calls – it’s all information.

Scepticism helps you make better decisions. But like all important skills, balance is key. Being inclusive is important, for example, but leaders need to know when to be directive.

With scepticism, it’s a slightly different balance: you need to always be sceptical yet never cross the line into cynicism. But what exactly is the difference?

Scepticism is healthy doubt. It’s a questioning attitude towards information and knowledge.

It’s a need to corroborate. To dive deeper. To value transparency. To want to make up your own mind on the value of information. It’s a desire to own your decisions and your beliefs.

Scepticism is one of the first skills journalists are taught, for obvious reasons. A sceptical journalist is a good journalist.

But scepticism isn’t just about journalists holding power to account. It’s an important skill for everyone looking to make better decisions.

When we are sceptical, we are wary of our emotional response to new ideas. We question why we – and others – may consistently prefer certain types of ideas.

We look at new ideas from multiple angles, at multiple times and we seek advice from people unlike ourselves to fill gaps in our own critique.

We are never inherently against new ideas, but we know they must be thoroughly stress-tested.

When it comes to buying new products or services for our organisations, we are wary of product marketing.

We value the opinions and reviews of others, but realise the fit must be right for us, an outcome that only comes from our own investigation.

Even if we think a product may be suitable, we ask more questions and require convincing answers. We test in the real world and demand results before we think about purchasing.

We need to be sceptical of data for two reasons. Firstly, it’s simply information: society seems to put more value on information we label data. But they are one and the same.

Secondly, we tend to base a lot of decisions on data. So the stakes are high. Data must be attacked from multiple angles. Assumptions need to be probed. Questions must be asked and asked again.

Data can’t explain itself, so we must constantly ask questions and dive deeper as we look for meaningful patterns and anomalies that will help us make better decisions.

There’s a well-known mantra in business: “it will take twice as long and cost twice as much.”

This mantra is all about scepticism. It urges us to be sceptical about the future because it’s impossible to foresee all obstacles (or indeed opportunities).

In essence, it’s about being as realistic as possible about what the future holds.

Because that’s what scepticism ultimately is: trying to be as realistic as possible through the use of tools, such as questioning.

Cynicism is a general lack of belief in the intentions of others, in the potential of ideas, of the chances of success, of a better tomorrow.

Where scepticism is healthy, cynicism is not.

Where scepticism is a tool to be used when needed, cynicism is an overarching approach to work and life.

Where scepticism takes a realistic view of the human condition, cynicism takes an entirely negative one.

Scepticism is future-focused and progressive, while cynicism is mired in the past.

And where scepticism empowers organisations to make better choices, cynicism will suck the grease from the cogs of the machine.

Managers who assume their people aren’t pulling their weight.

Conversely, people who always think their managers are out to get them.

That member of your team who says “oh, it’ll never work” but never highlights the good points.

The leaders who think employee engagement is a waste of time and that people can never change and improve themselves (the Theory Xers).

Those who are actively disengaged may be chronically cynical about the organisation’s leaders, direction and future.

Cynicism acts like a virus, disempowering those around the cynic. That’s why it’s dangerous to team unity and dynamics.

Helping people to be more sceptical

Educate: teach people about the sheer number of biases that can affect our thinking and how scepticism can help us mitigate against them

Introduce the devil’s advocate: in meetings, have someone actively play the role of the devil’s advocate so you can start teasing out what it means to be sceptical. Ensure they play a constructive devil’s advocate and not a cynical one
Research methods training: research is a hugely important skill in work now. Research skills inherently include scepticism, for example in the difference between primary and secondary sources

Commercial awareness – like scepticism – is a non-negotiable skill for success. Do you have it?